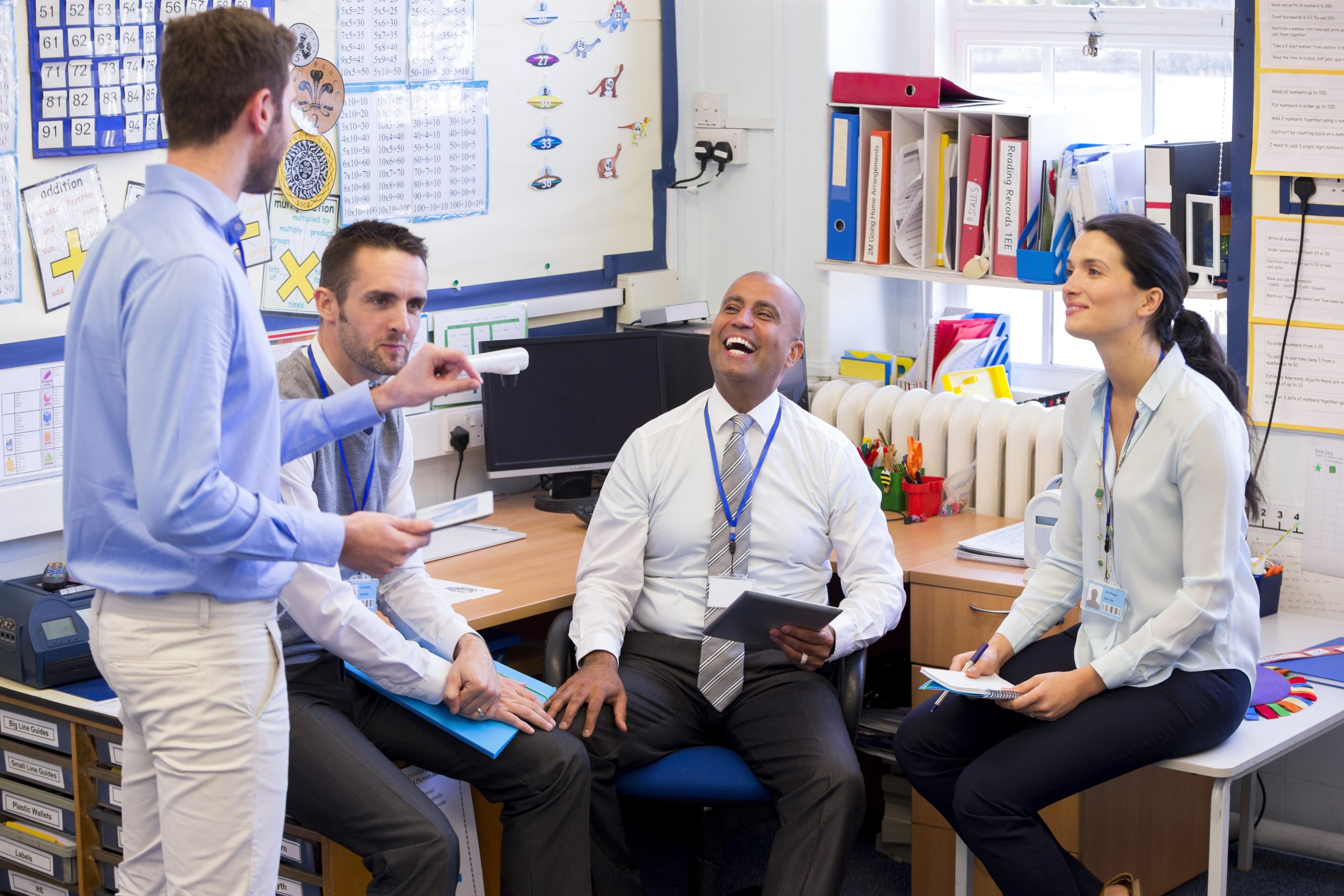 “It’s so important that the leadership in schools recognises the need to address teachers’ wellbeing,” says Scott Stanyer, Associate Assistant Headteacher at a secondary school in Luton.

But the good news, he adds, is that the issue is being addressed and more openly discussed, particularly in the wake of the pandemic and all the challenges it has brought “People are more open to speaking about wellbeing now. You walk about school and you hear that word being used many times every day in conversations.”

To address the issue, there are several key measures that leaders can take to help improve teacher wellbeing.

An important and urgent one is the question of working hours, which will be familiar to everyone in the profession. “It’s about being empowered to prioritise those things that are important,” says Scott. “Teachers are pretty good organisers, but it often only takes the slightest thing to knock you back before you start falling behind on things like marking – and then it becomes very hard to catch up.”

Much of this comes down to giving staff effective time management skills, as well as understanding the impact on individual teachers of what you are asking them to do, says Russ Atkinson, Principal at a secondary school in Northumberland.

“I think some teachers struggle with knowing when to stop working, as you always feel you can always do more,” he says. “But we have to realise that there’s no such thing as a perfect lesson. As much as we all strive to ensure that every student makes maximum progress every lesson, this is not always a reality, and staff have to be realistic with the expectations they put on themselves.”

The breaking down of barriers between the senior leaders and the rest of the staff is another key area for focus when it comes to wellbeing, Scott believes. And this is an approach that has been particularly effective in his own school.

“There used to be chasms between the leadership and the others,” he says. “Yes, there is a need for leaders, but we recognise that there’s also a duty of care there, to look after staff and make sure they’re working hard and performing well while feeling supported to do that.”

His school has recently completed a survey on teacher welfare. “We’re now using that as our agenda – to look at the points raised and address them,” he says. “Whether it’s the number of meetings, making marking more efficient, or all the extra bits and pieces staff are given to do: is there anything that we can make better? That way, we can ensure we have a happy staff room.”

This is also supported by the “nice stuff” that’s relatively easy to do and can be highly effective, Scott adds. “Every week we have Donut Wednesday, where the head buys donuts for everyone,” he says. “And, since Covid, we’ve established a simple system for sending people virtual cards that say: ‘Thank you, we really appreciate what you’re doing.’”

Then there’s the crucial matter of how leaders manage and improve staff performance. Traditionally, the judgmental way teachers are assessed and appraised has often served to add to their wellbeing issues.

“But we’re moving away from that,” says Scott. “The system of scrutinising and grading staff three times a year was putting immense amounts of pressure on people.” Instead, the school has adopted an approach based around reflective practice, where teachers can focus on particular aspects of their performance on an ongoing basis – and the wellbeing benefits are obvious to see.”

Russ has established a similarly effective approach in his own school. “Having people understand what they need to do in order to get better is crucial to any activity in life,” he says. “In the context of teaching, that might mean, for example, focusing on specific aspects of your practice, such as improving your questioning technique or the way you promote independence among the students.”

The important thing to remember, he emphasises, is that ultimately everyone in a school is working towards the same goals. “Everybody wants to do a good job and everybody wants to support the students the best they possibly can. Giving the staff the tools to be able to do that – so they can go home at the end of the day and feel satisfied that they’ve done great work – creates a very positive boost to everyone’s mental health.”

To find out more about how ReflectiveTeacher can help to support your team’s wellbeing, get in touch with us now.

Manage Cookie Consent
To provide the best experiences, we use technologies like cookies to store and/or access device information. Consenting to these technologies will allow us to process data such as browsing behavior or unique IDs on this site. Not consenting or withdrawing consent, may adversely affect certain features and functions.
Manage options Manage services Manage vendors Read more about these purposes
View preferences
{title} {title} {title}